“I had some Scotch Eggs this morning. Man, they were incredible, ” J-Skip said to me. What the hell is a Scotch Egg? “It’s a boiled egg wrapped in sausage and then deep fried. It’s so good.”

This was the actual conversation I had with a friend of mine. I’d never heard of such a thing, but anytime you mix egg and sausage together you have a winning combo. So, out I go to the internet. Apparently, J-Skip was absolutely right. The Brits eat these things like we eat burritos here in America. They sell them in supermarkets and gas stations, and are a preferred snack for scores of limey bastards all over the UK.

I thought about this a bit, and came up with a bit of a different take on this and it worked out INCREDIBLY. What I did was mix one of my favorite sausage treats (sausage balls) with this idea of Scotch Eggs. Check it, yo:

To make sausage balls, you mix a pound of sausage with 2c of baking mix and 1/2lbs of shredded cheese. 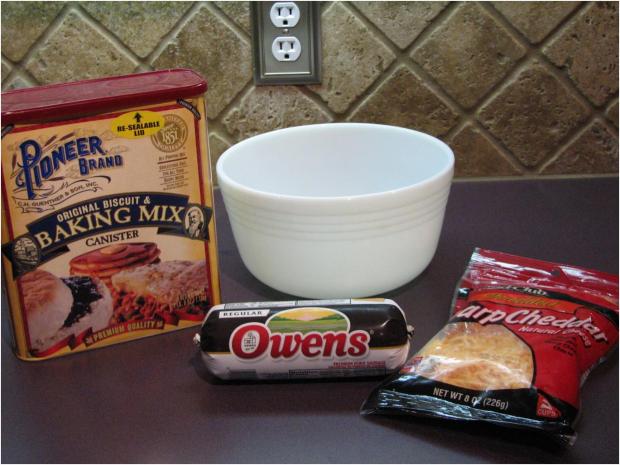 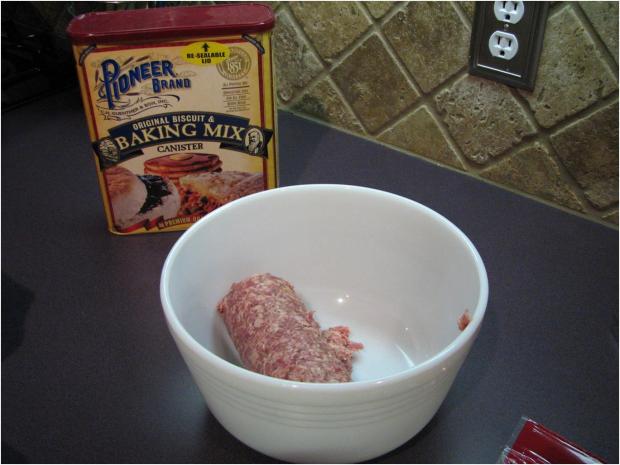 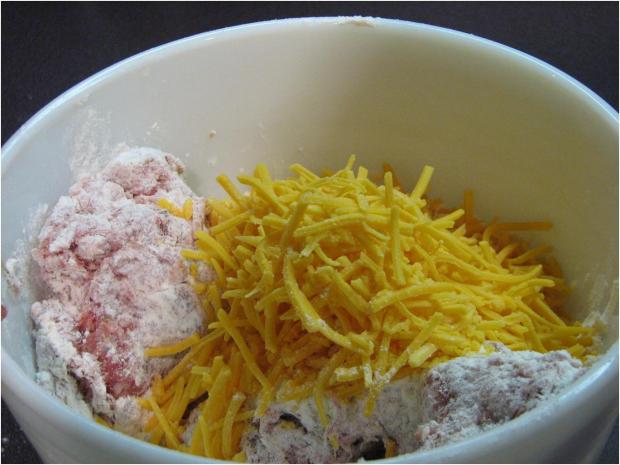 Mix these together and kneed so that you have all the baking mix “wet”. It should give you something that looks a-like so. 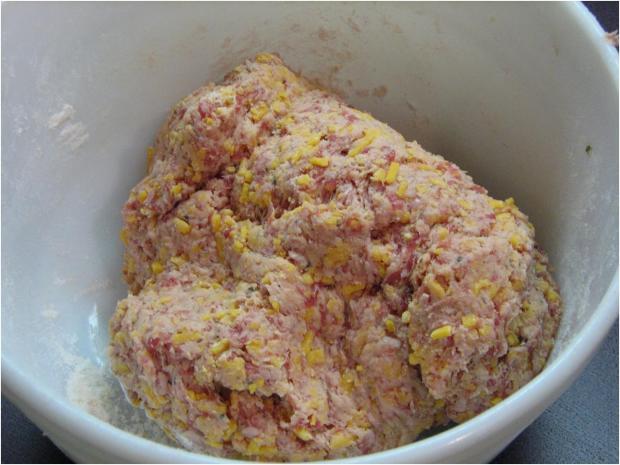 Now, normally you’d roll these into 2″ balls and bake at 350deg for 15-20 minutes until they are golden and delicious. Instead, I’m going to make a patty and push in a little concave spot the size of a boiled egg: 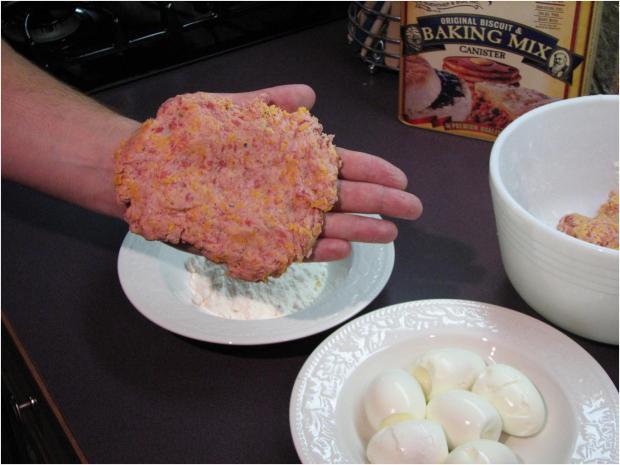 I take a little bit of extra baking mix in a bowl, and then roll a peeled boiled egg in it just to dust it a bit:

Then, let’s fold the patty around the dusted egg:

It doesn’t have to be perfect, but you want to make sure the sausage is a nice even layer around the outside and you have sealed off the holes. You’ll want it oblong in the shape of an egg so you know how the egg is laid out when you cut it open.

In another bowl, I put some panko bread crumbs and rolled the ball around a bit. You don’t have to have too much or any at all. It’s just for a little bit of extra crunch. 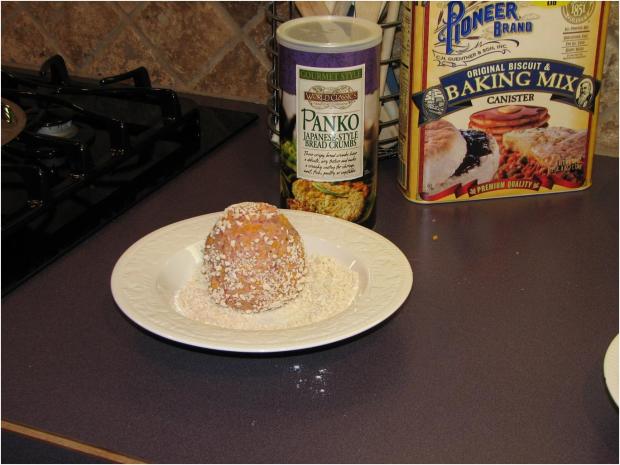 The extra I rolled into sausage balls, just because they are bite-sized and awesome. Onto a rack so the sausage can drain while they are cooking, then into the oven at 350deg until they are golden, probably about 40 minutes or so.

When they are finished, it should look something a-like so: 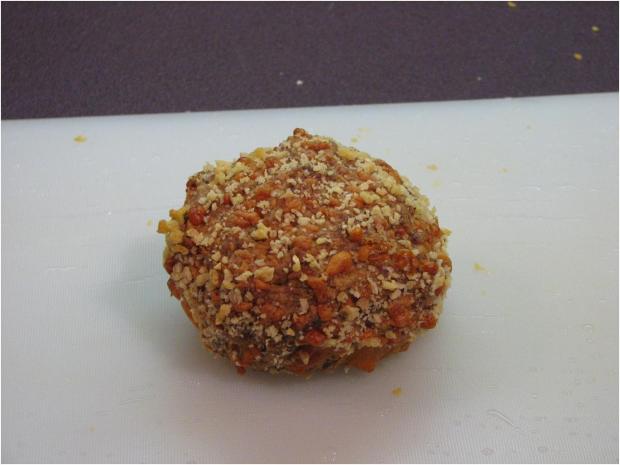 To plate this thing up, I’m going to cut it in half:

I made some quick gravy and sliced some fresh tomatoes

Toast up some bread and top with some preserves and pour yourself a big ass glass of grapefruit juice:

And then you have an instant classic here in Arcadia, the Scotch Egg.