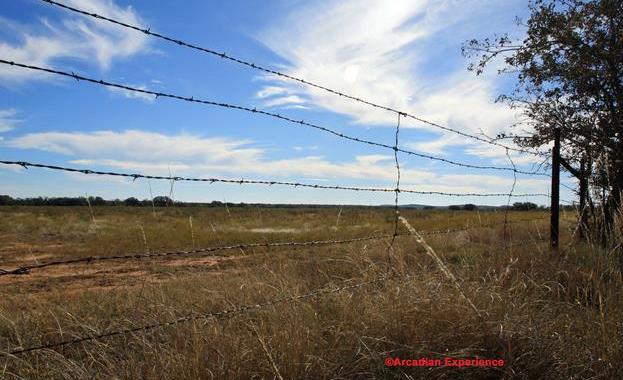 Today the sky was beautiful. The high, wispy clouds and bright sun and blue, blue sky, made everything seem to drip in light. I’m a hobby photographer, with a very good friend who loaned me her lovely [and expensive] lenses.

Occasionally I can make my images represent what my eyeball actually sees. And sometimes, I can frame an image that I couldn’t have seen without the camera.

Today I experimented with wide angel and telephoto lenses.

I’m standing in basically the same spot; I did adjust and position my body to frame the photo. I started by trying to capture agriculture in action with the beef cattle in the foreground and the tractor planting wheat in the background.

But I ended up going to school in the difference between the two lenses, which is remarkable. Can you see it, too?

These next four photographs are not cropped or edited other than adding text labels for a visual point of reference. (they are also saved down into smaller files for web publishing). 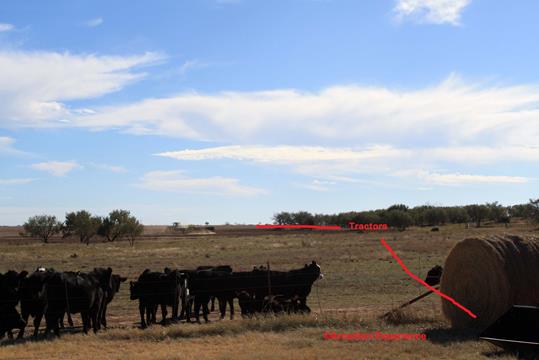 Telephoto: I can’t get all the cattle in the shot. And look at how “flat” the sky appears. 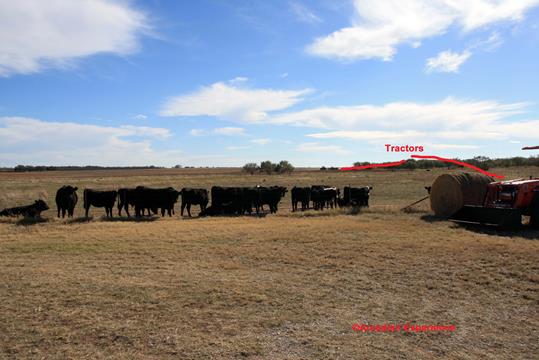 Wide angle: amazingly all the cattle fit in the shot– all I did was change the lens. And you can see both tractors. Notice how “curved” the image looks. Much closer to the way our eyeballs see the world. 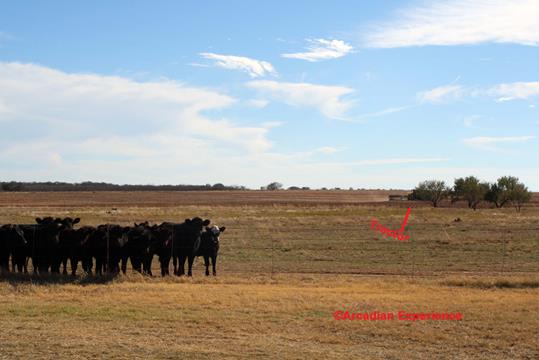 Telephoto: I repositioned to catch the tractor as he made another pass, and to frame out the parked tractor and hay bale. 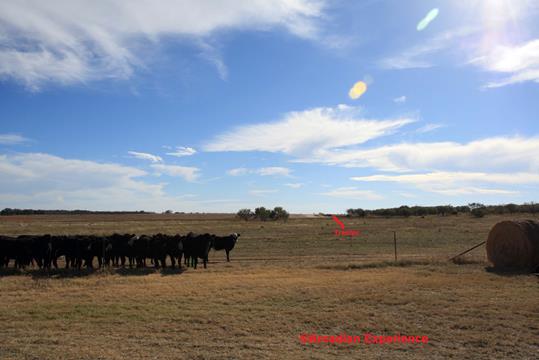 Wide angle: The tractor is farther away (he was moving the whole time I was shooting). Notice the difference in the color saturation the wide angel captures v. the telephoto– how blue, blue the sky is.

And the sun flare – I would have been marked down at least 10 points in Ashton’s photo journalism class at Texas Tech. I personally love the sun flare in photos like this one.

My favorite sky images from the day: the wide angle wins for today and does the best job at capturing the glorious sky. 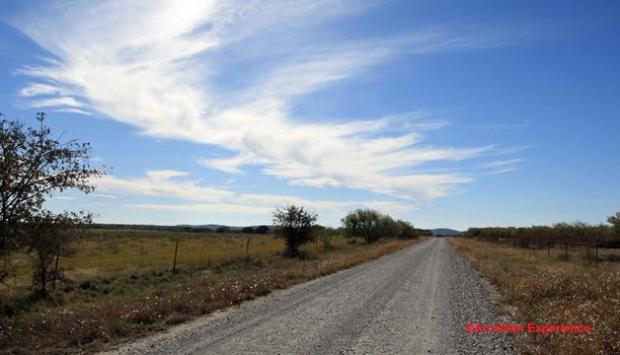 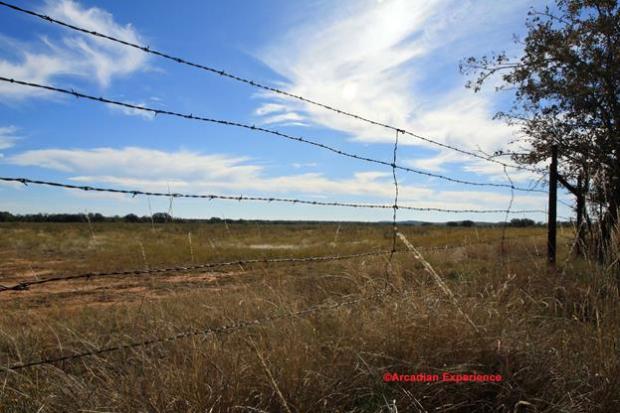 I have been salivating over gardening books, seed catalogues, blogs and ag extension websites for weeks. It’s only January and I’m anxious to start a spring garden. My seed box has many great leftover seeds from previous growing seasons. There are numerous sources for all kinds of seeds—organic, heirloom, F1 hybrids, new plant breeds, etc. I want to plant them all.

Over the last three years, I’ve noticed a surge in the availability of heirloom and open-pollinated seeds. Considering the growing popularity of locally-grown, non-GMO or organic food, it’s not surprising that the market is meeting the demand. This trend toward organic and local foods has sprouted the long-dormant victory garden concept. Urban and community gardens have become all the rage in big cities and small-town classrooms.

The victory garden’s inception came during WWI, but really took off in America during WWII. It was a way for the war department to send all available food supplies to the troops. The idea was for private citizens to grow their own produce in their backyards, so the large-scale farm production could be sent to the war overseas. Eleanor Roosevelt championed the first victory garden planted on the White House grounds in 1943 to publicize gardening as a patriotic act. The U.S. Department of Agriculture estimates that more than 20 million Americans planted gardens during the WWII years.

Today’s victory garden trend is a more grass-roots movement. People are driven by health consciousness, environmentalism, self-sufficiency, and the emerging “food culture” in America. Fueled by available resources focused on cuisine, there is a schmorgesborg of food blogs, print publications, websites, TV programs, all focused solely on cooking methods, recipes and food preparation. When celebrity chiefs cook, they use the best ingredients, which are fresh, locally-grown produce and meat.

Market demand for homegrown food—favoring organic, heirloom and specialty items—is the byproduct of our food culture. Thus, boosting demand for seeds, especially the unique and old varieties. The benefits of healthy eating is a major contributor to the new victory garden effort. The first spring in the White House, First Lady Michelle Obama created a kitchen garden as part of her healthy living initiative. Ironically, Mrs. Obama’s kitchen garden is the first White House vegetable garden since Eleanor Roosevelt’s.

Other groups advocating gardening are Americans who want to be self-sufficient, or are ecologically minded. There is also a group of people who are opposed to Genetically Modified Organisms (GMOs). There is big debate about the long-term safety of consuming food from GMOs. Stewardship and nostalgia factor in too, since many gardeners and horticulturists want to preserve the world’s rare and unusual plants.

For me, I’m just happy these forces are culminating into a perfect storm for gardens and seeds, both rare in nature and scientifically cultured.

I love to see city folks growing nutritious food in whatever space they have available. It’s a reconnection to our roots (no pun intended) as Americans that carved out a way of life in a harsh and rugged environment. It’s also gratifying as an “ag woman” to see a renaissance of agriculture—growing our own food so we don’t have to travel, scavenge or starve. And the important lessons of knowing where food comes from; the work involved to grow it; and the patience required for a bountiful harvest.

I will be planning an entirely new garden space this year … more to come.